On March 9, 2020 the Town conducted the mandatory Public Hearing on the Route 9 Sewer District Project.  We were very pleased with the number of property owners who attended the meeting.  Interested homeowners, business owners, and property owners provided input on the proposed project. After the meeting the Town updated our Map, Plan and Report with new projected per parcel costs and other items based on the feedback provided.

The next step in the process would have been to schedule a second Public Hearing and begin the process of preparing for the conduct of a Referendum vote. New York State law provides that only those who own property in the special district are allowed to vote.

Immediately after the Public Hearing, the United States began experiencing the affects of the COVID-19 Pandemic.  The Pandemic significantly altered our economic landscape.   Town, county and state governments as well as all businesses were required to close their doors impacting everyone, but particularly those with small businesses, including property owners within the proposed Route 9 Sewer District.

While prior to COVID-19, there was varied support for the project with some strongly opposed, some strongly in support, some on the fence, post COVID 19 the Town became concerned that the vote would likely fail because of the economic devastation. In light of this, the Town made the decision to predicate the conduct of the referendum on the results of an informal poll of the district property owners by sending a request to return an anonymous letter embossed with the town seal to assess if the district formation process should be continued.

Eighty-one letters were sent (many property owners own more than one parcel, therefore, only had one vote).  Thirty-seven were returned with twelve supporting the continuation to referendum and twenty five opposed.

With this information, the Town has shelved the project and are continuing to explore other options to move forward with the Downtown Initiative.

Establishment of a Sewer District in the Town of Hyde Park Public Hearing:

(Click on the map below for an interactive version; clicking on each individual parcel will display the property owner/voter and the estimated annual assessment.) 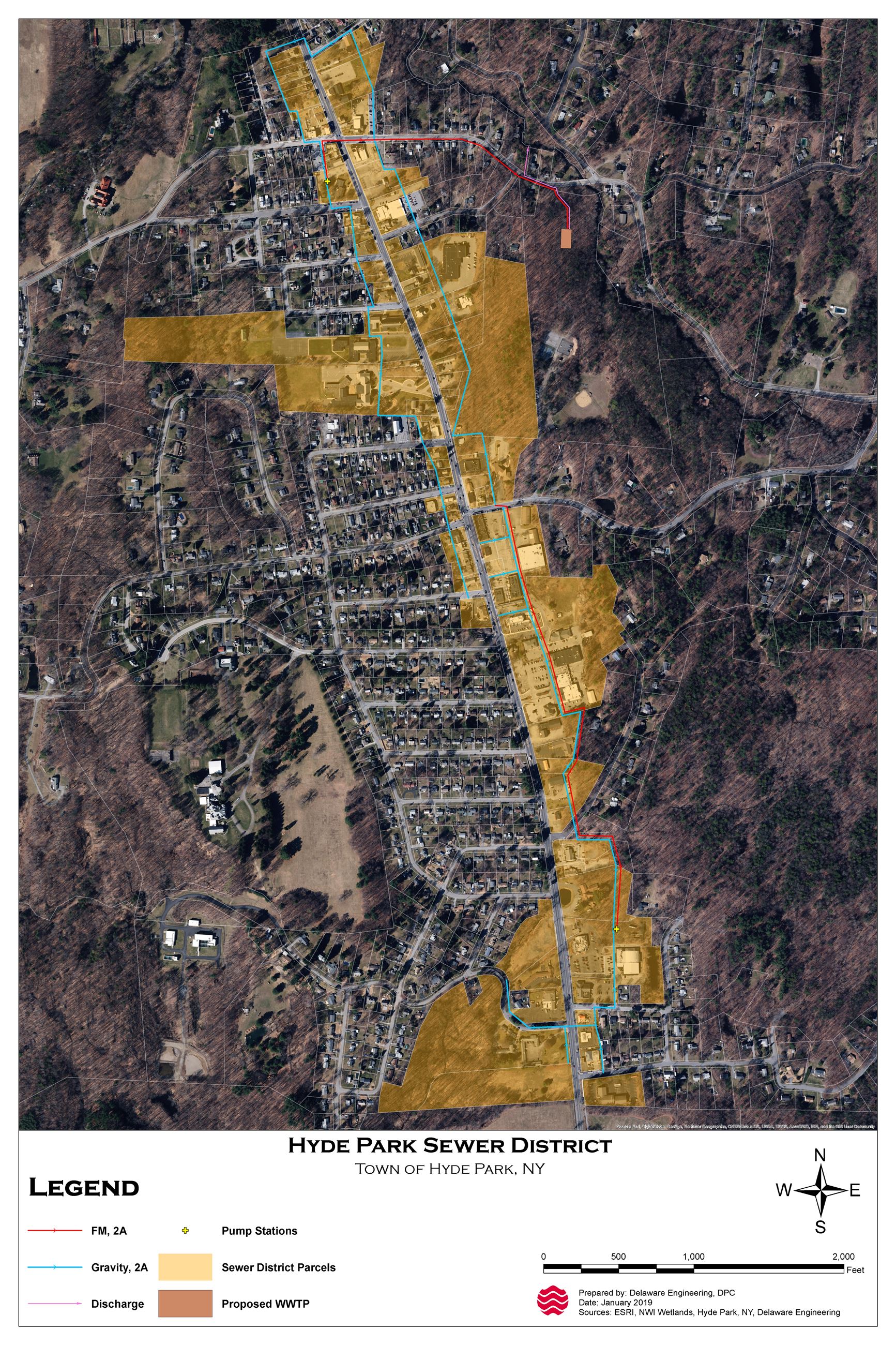 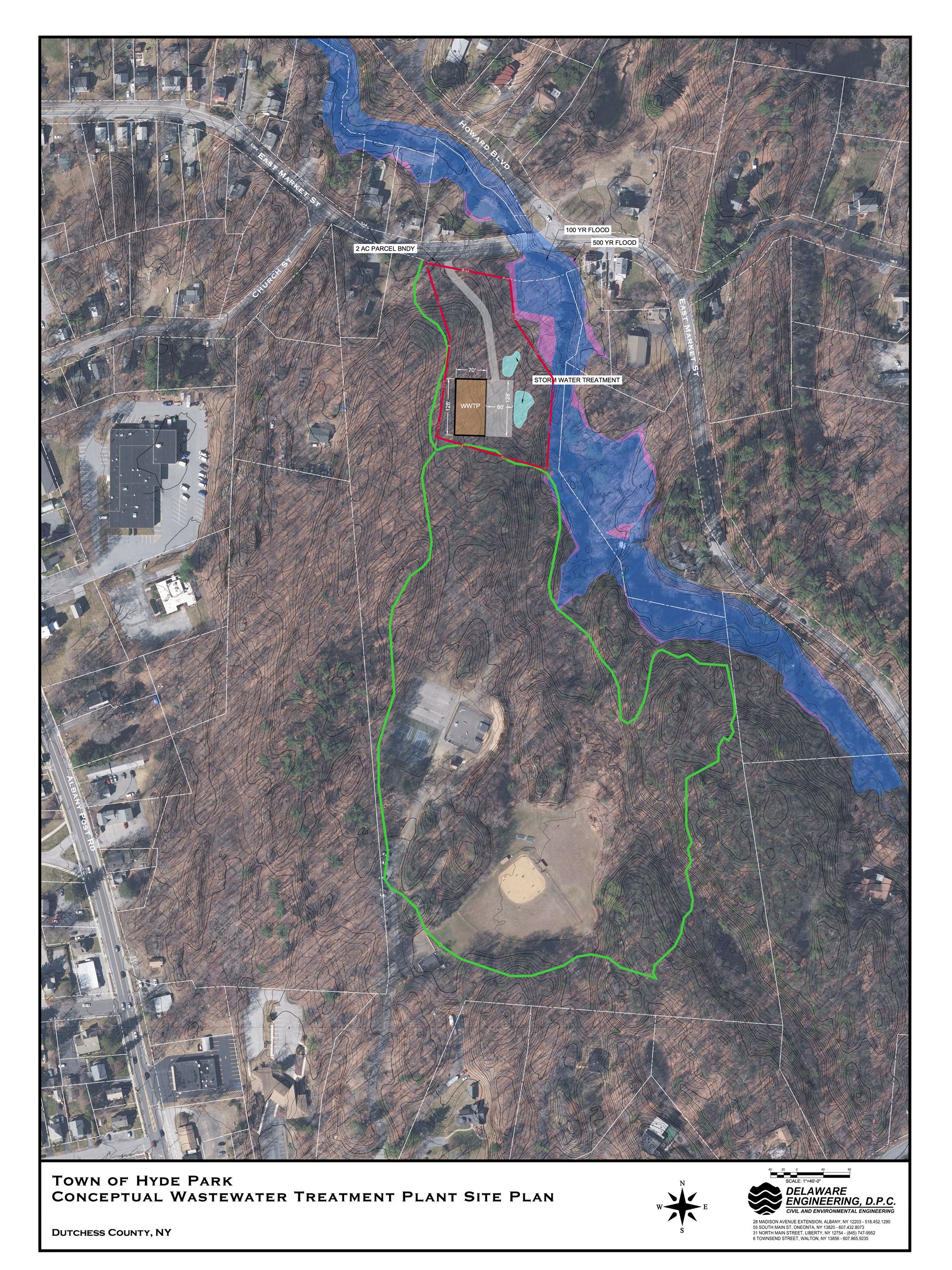